I start this month with a measured piece about the mismatch between strident claims about ‘climate change’ and the declining attention of citizens, by a former Canadian Minister.

Later, and for the benefit of reader Chris, are the paths followed by temperature and CO2 in the recent past. I’ve used GISS, the most heavily adjusted temperature set.

Later Still: I enjoyed this little take on the extermination of species theme: 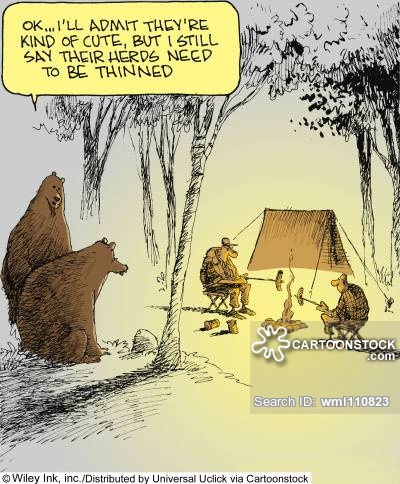 ‘Ok…I’ll admit they’re kind of cute, but I still say their herds need to be thinned.’