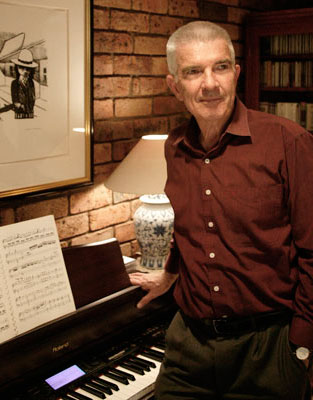 This website sets out my running commentary on Australian society and politics. I’ve been doing something like it since the mid 1960s, in The Canberra Times, The National Times and The Australian Financial Review, in each of which I have had a weekly column, and in virtually all the main newspapers in Australia, with occasional pieces. My position is ‘centrist’, in that in some respects I am a conservative, in others a progressive. I write about many things, not just politics and society, and those areas I have my own views. I’ve been that way a long time.

The newspaper domain in Australia is in a truly bad way, and print versions of the major newspapers may even cease. I started this website in mid 2012 in order to develop a new audience. So far (mid 2016) it has found about 50,000 unique readers, and gets its fair share of comments (heading for 10,000). I try to respond to any comment where I think I could help, or explain myself better. My background and experience, as an academic who liked writing for the general reader, are explained in a biographical note in Other Writings>People>at the end.

I wrote about my intellectual journey in Quadrant in 2016, and that essay is also in Other Writings>People.