Why do so many people believe in all this? My perspective on ‘climate change’ #8

Five years ago I wrote a piece for Judith Curry’s Climate etc website called ‘How did we all get into this?’, which was my attempt at an analysis of the dynamics underlying what seemed then the general public acceptance of AGW and the need for governments to do something about it. The essay was quite long, and received more than 700 comments. Some were supportive and others were critical (and others still galloped off in different directions). But I learned a lot from the discussion, and would have written a much better essay had I had the opportunity to do a second edition. You can see a later summary of it here.

At the time (it is not so true now) the proposition that AGW was a real problem was the orthodoxy of the Rudd/Gillard/Rudd Governments, and of the scientific establishment (academies, universities and the like). A good deal of daily politics was about attempts to ‘combat climate change’ through carbon taxes and ETSs. To ask questions about the reality of it all was to reveal yourself as a ‘denier’ or ‘denialist’, a quasi-religious denunciation. Yet if you looked hard at the theoretical and observational support for the scare, it was shaky. The reasons for its shakiness have been set out in essays #1 to #7 in this domain, and I won’t rehearse them here (new readers need to go to the ‘My Perspective…’ section on the home page).

As a former adviser to Ministers, and the chairman of a number of research-funding bodies, including a few years as the chairman of a research  assessment committee in Canada and in other research-policy jobs there, it seemed to me ten years ago that what had happened with respect to research and our politics was quite new. In terms of government policy what I was seeing had some of the characteristics of a religious movement, or revival, in which belief was far more important that evidence. How had this occurred? For it had not been the case when I was a young researcher in the late 1950s and early 1960s. Then the orthodoxy had been ‘scholastic’ — everything had to be backed up with unshootable references or solid data available to the reader. All your working-out had to be on display. ‘Belief? That’s not what research is about!’ As the researcher, you wrote in the third person — the awful first person pronoun was never in evidence.

The change did not happen overnight, at all. But my summary in 2011 went like this: what has occurred is a slow and essentially unplanned process over two generations that involves a substantial increase in the wealth of our societies, technological changes that have helped us communicate on a global level in an unprecedented way, a strong rise in the educational levels of the population, the rapid rise in the importance of science and research generally, a decline in the importance of organised religion (though not in the USA), an associated decline in the belief that materialism will suffice, the growth of an environmental movement that has some of the characteristics of a belief system, and the rise of lobbying organizations and especially of non-governmental organizations (NGOs) that purport to speak for, or act for, what they claim to be unrepresented groups of people or poorly understood issues.

The commenters in 2011 added other contextual bits: the changing role of the mass media as gatekeepers in deciding what ‘issues’ were, the long-standing threat of nuclear holocaust, the social upheavals of the 1960s, the sudden end of the Soviet Union (and the consequent need for sympathisers to find something else to find fault with in Western society), and the growth of a ‘guilt’ feeling within Western societies as we began to see, through televised news, just how badly off some others in the world actually were. There had also been environmental episodes that reinforced the feeling of guilt — Australia had not yet been cleaned up, Sydney Harbour was not fit for fish to live in, the disposal of sewage was often careless, and many cities had smog. There will always be perceived environmental problems, which is one reason why the Greens seem to me to have a long life in front of them. Environmentalism came in to supply an altruistic, spiritual dimension to Western life that organised religion had once provided.

Out of these changes came a lot of needed environmental protection, which continues today, as does the growing number of national parks, as well as a new political party, the Greens, a political protest from the Left against rapid urban development (‘Vote Red for a Green Australia’). The Greens were able to capture and develop a sentiment that humans have been responsible for the ‘despoliation’ of the planet, which needs to stop. They never captured a majority of the electorate, but their success in winning about one vote in ten, and the anxiety about what would happen to the distribution of their preferences, meant that both sides of politics had to develop policies that dealt with, or appeared to deal with,  these environmental themes. It was John Howard as Prime Minister who set up the Australian Greenhouse Office in 2004, to indicate that his Government did understand that greenhouse gases were important.

The ALP, for its part, saw the Greens at once as an attack from the Left, and some of its most senior people thought that Labor needed to be more green than the Greens, in order to attract old supporters back and to stop further leakage. Some became believers, too. Others in the party thought this was a great mistake, and that Labor should concentrate on issues important to its core supporters, especially where the outcome of greenish policies was likely to cause job losses. That debate continues in the ALP today. In practice, governments like issues in which there is a sense of public guilt. It helps in the management of the electorate, and it is an easier way to raise revenue than most.

Out in the electorate, as a result of all these changes, has come a widespread acceptance that there is something to the AGW scare. No one knows quite what it is, and it’s not happening tomorrow, but (some) ‘scientists’ say it’s important, and they are the new clerics. The scare has produced a lot of money for research, and the great bulk of the money that supports research in our country comes from public funds. Some of it has gone into research and research-related activities that simply assume that the scare is real, and go on from there. There are tens of thousands of peer-reviewed articles, all over the world, that start with a reference to the IPCC’s latest report, and then go on to model outcomes that purport to show that dangers to certain species, public health, transport, fisheries, education and so on will occur by a projected future date that is well ahead of us. The mass media run these stories without checking them, because there are so few journalists left to do any checking; in any case many of them also believe that what the IPCC says is true. Of course, some of what the IPCC says is true, but its reports lack a lot of knowledge and discussion that ought to be there, and the IPCC is far too keen to push its own agenda. AGW has become’ orthodoxy’, something that all putatively responsible people know about.

I have written before about public opinion and the AGW scare (for example, here). To summarise, a properly conducted survey would, I think, find that AGW or  ‘climate change’ was very low on most people’s list of priorities for government action. But if the interviewer were then to bring the matter up, and ask what the respondent felt about it, you would be likely to find that about half thought there was something in it, and that it was something for governments to respond to. A small percentage would feel passionate about the need, and an even smaller percentage would feel passionately that it was a sham, a hoax, a conspiracy or something like that. It is only a real ‘belief’ for a few, but their influence is out of all proportion to their number, especially when they are scientists themselves; some of the leading scarers have been prominent scientists, like James Hansen, Michael Mann, Gavin Schmidt and Raymond Pierrehumbert.

Governments everywhere have now lost their zest for carbon taxes and for heavy subsidies of renewable energy sources, but the scare won’t go away quickly. The scare has been going for thirty years, a Paris Agreement has been agreed to unanimously (a sign of emptiness if anything could be), there is far too much money available for the right kind of research (dissidents in universities and other research organisations keep their heads down or lose their status), the media love it, and much of the public service, at every level of government, has a handle on it. As someone wrote somewhere (I don’t always write down the source of these bons mots) AGW is not powerful because it’s true; rather, it is true because it is powerful. And another one, to finish, global warming is not a problem, but the fear of it is a problem.

Next: But wouldn’t it be useful to move to alternative energy anyway?

A lot of what I have written in the AGW area has touched on the themes in this essay. Somebody will write a good book on it one day but I have no wish to be the author. It nonetheless fascinates me, as a political scientist and historian, that so many people appear to be absolutely certain and completely confident about an issue whose theoretical and observational bases are so rocky. No doubt there have been other examples in the past, but I can’t think of one where the issue lodges in the natural sciences.

And finally, a little bit of relevant humour to lift the spirit: https://www.youtube.com/watch?v=niv3_YWfn9U

And a new book by Michael Mann, here’s the cover. Enough said. 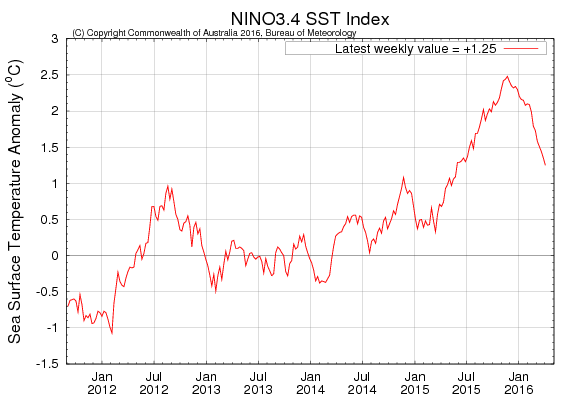