This is a thread that allows readers to post their own thoughts on subjects that are not relevant to the current essay.

I start it with the note that President Trump, in his State of the Union address to Congress, did not refer once to climate change or global warming, for the first time in nine years in such a Presidential address. That might be expected, given his known views. But the Democratic  right-of-reply sequel, given by yet another Kennedy scion, Joe III, likewise didn’t mention that, or rising seas, or any of the other warming themes.

Later: Because of the coincidence of three hurricanes striking the eastern USA last year there has been renewed talk of ‘extreme weather’ caused, presumably, by CAGW. Roger Pielke Jnr, well known for his work on insurance and extreme weather, has written an essay pointing out that the three cyclones followed a twelve-year period in which cyclone frequency was well down. He also points out that though there was a sharp rise in insurance costs, that is because more and more people are living where cyclones strike with expensive effect, and that the long-term costs are downwards not upwards, as the following diagram shows. I’ll post a link to the essay below. 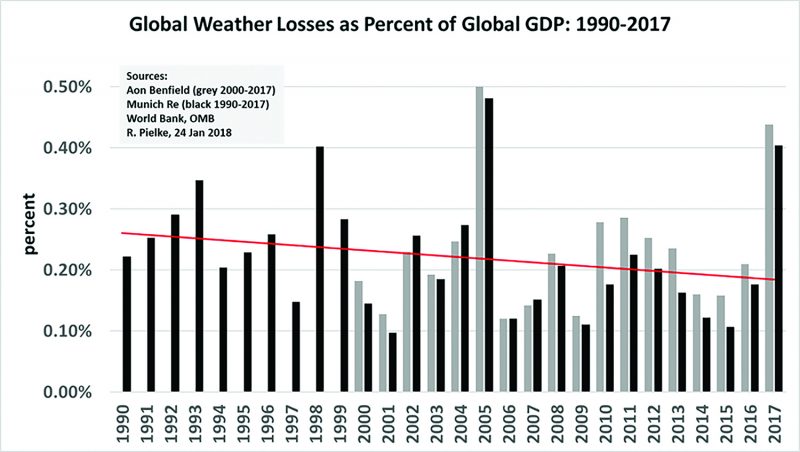